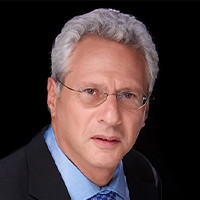 BARRY LEWIS IS A RECIPIENT OF THE 2018 MATERNAL MENTAL HEALTH INNOVATION AWARD FOR POLICY and ADVOCACY Barry Lewis is a litigation attorney in the private practice of law, working primarily in the field of criminal law. He is a past chair of a Chicago Bar Association Lawyer Referral Committee, winner of an award from Chicago Volunteer Legal Services, and has been a continuing legal education lecturer. He has been the Chicago Bar Association criminal justice representative on several Law Day video presentations and in other venues. He was previously an adjunct professor teaching trial advocacy. He was co-author of the Illinois Institute for Continuing Legal Educations first book on the then-new Federal Rules of Evidence and contributed to other publications. He has been a member of the Illinois Continuing Legal Education faculty since 1975. He presented a brief and testimony in support of HB 1764, which resulted in its unanimous passage in the Senate Criminal Law committee. This bill is now law, known as PA 101-411, regarding postpartum illnesses. It is the first criminal law in the entire United States referencing postpartum illness. In 2020 Lewis coauthored with Dr. Susan Feingold Advocating For Women With Postpartum Mental Illness: Changing The Law And The National Climate. The publisher is Rowman & Littlefield. It covers why the law needs to be changed and how to do it. In 2020 Lewis also coauthored with Feingold a chapter, Chapter Three, in Infanticide and Filicide Foundations in Maternal Mental Health Forensics, edited by Wong and Parnham. Lewis was published in The Champion, the magazine of the National Association of Criminal Defense Lawyers. This cover page article was titled A New Model Law Offers Hope: Postpartum Disorders and the Law. This article informed the defense bar of issues regarding postpartum illnesses and the state of the law in the U.S. It described the more beneficial laws of other developed nations, and how PA 100- 0574 is a breakthrough that changes the law—a model for all states. Lewis has spoken on the subject of postpartum illnesses and the law at George Washington University. He has lectured for CE credits at the Biennial Perinatal Mental Health Conference, at Amita Health, the annual meeting of the American Psychological Association in 2018 in San Francisco, and Postpartum Support, International, in 2018 and 2019, Marce’ of North America, the National Association of Social Workers, among others. An avid sailor, he is past judge advocate for the Chicago Yachting Association, which is the umbrella organization over the Chicago area yacht clubs and past commodore of Belmont Yacht Club. He is the author of McGraw-Hill’s most recent book on sailing, Learn To Sail Today and the article our Challenges which appeared in Sail Magazine’s January 2011 issue. Although Barry literally saved an inmate from Death Row, he considers his work on behalf of mentally ill mothers trapped in the criminal justice system his most important contribution to society. This work keeps him active and healthy.

All Sessions by Barry Lewis

Learn from leading attorneys, mental health professionals, and advocates about tragedies that can result from PPP, and the legal challenges that face these women and their families.