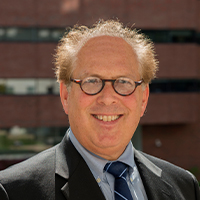 Dr. Lee Cohen is the director of the Ammon-Pinizzotto Center for Women’s Mental Health, and Associate Chief of Psychiatry for Philanthropy and Departmental Communications at Massachusetts General Hospital and the Edmund and Carroll Carpenter Professor of Psychiatry at Harvard Medical School. He is a national and international leader in the field of women’s mental health and was among the founders of the field of perinatal and reproductive psychiatry. His work spans the domains of research, teaching and clinical care in the area of treatment of mood and anxiety disorders with subspecialty interest in psychiatric disorders associated with female reproductive function. These include psychiatric disorders during pregnancy and the post-partum period, depression in midlife women and issues related to infertility and mental health. The research which he conducts and oversees has helped to inform the care of patients who suffer from psychiatric illness. Dr. Cohen received his undergraduate degree from the University of Michigan in Ann Arbor and his medical degree from Albany Medical College. He completed his residency in psychiatry at MGH. After residency, Dr. Cohen completed a fellowship in psychopharmacology with a specific emphasis in reproductive pharmacology, and then founded the Center for Women’s Mental Health at MGH. The program has expanded over the last two decades and now includes junior and senior faculty, research fellows, and residents from the psychiatry residency training program at the MGH. (See www.womensmentalhealth.org) Dr. Cohen has authored or coauthored more than 250 articles, abstracts, and book chapters. His articles have been published in leading medical journals, including American Journal of Psychiatry, Journal of the American Medical Association, and Archives of General Psychiatry. More recently his publication on risk of using antidepressants during pregnancy received the Clinical Research Achievement Award which recognizes the top ten most informative research papers in the year’s scientific literature. Dr. Cohen has been and continues to be funded by the National Institutes of Health (NIH) and other funding agencies and has mentored numerous junior faculty. He has received many awards, including the Outstanding Achievement Award for Research from the Massachusetts Psychiatric Society and the Mentorship Award for Exceptional Mentorship of Women Faculty from the Department of Psychiatry at MGH. He has received the Barger Award for Mentorship from Harvard Medical School recognizing his sustained mentorship of the next generation of clinician scientists, along with the Vivian Pinn Award for Outstanding Research in Women's Health. At the national level, Dr. Cohen has served on the Advisory Council to the Office of Research in Women’s Health at the National Institute of Health. This office sets the agenda for research in women’s health across the NIH. He has also served as the co-chair of the Reproductive Mental Health Initiative within the Office of Reproductive Health at the Department of Veterans Affairs and on the Reproductive Health Working Group at the World Health Organization. Dr. Cohen was also appointed by Governor Deval Patrick of Massachusetts to serve on the Story Commission on Postpartum Depression which sets the standards for screening and treatment of postpartum depression for women in Massachusetts.

All Sessions by Lee S. Cohen

Learn about resources for women who are experiencing PPP and their families.