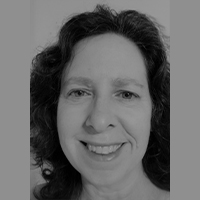 Teresa Twomey, JD has been involved in PMAD advocacy since 2001. Her book on pregnancy and postpartum psychosis (PPP), Understanding Postpartum Psychosis: A Temporary Madness (Praeger 2009) includes two medical chapters written by Shoshanna Bennett, Ph.D., a legal chapter, a chapter on history and media and ten chapters of first-person stories. It is the seminal survey book on perinatal/postpartum psychosis and remains one of the leading books in the field. Twomey was among the first of those with lived experience of PPP to advocate on a national stage. She served as Postpartum Support International’s State Coordinator in Virginia (where she incorporated Postpartum Virginia) and in Connecticut (where she became a founding board member for PSI-CT, one of the first PSI State Chapters). She was also PSI’s Legal Resources Coordinator and Chair of the PPP Taskforce. Throughout her general advocacy for PMADs, she has striven for inclusion those affected by PPP, sensitivity regarding issues of stigma, attention to nuance, broader awareness and creation of resources. She has created brochures and written articles, appeared on local and national television, has a TEDx talk, served as a public reviewer for the National Institute of Mental Health and has represented PSI there and at press conferences and information booths at various events. She has given countless talks with audiences ranging from hospital Grand Rounds and University lecture series to mothers’ groups and library patrons. She’s been a sensitivity and accuracy reader for stories, books, blogs and websites. She has led PMAD training for social services and medical organizations and founded the first Facebook support group for those affected by PPP.

All Sessions by Teresa M. Twomey

Join us for a conversation with 5 authors with lived experience of PPP.